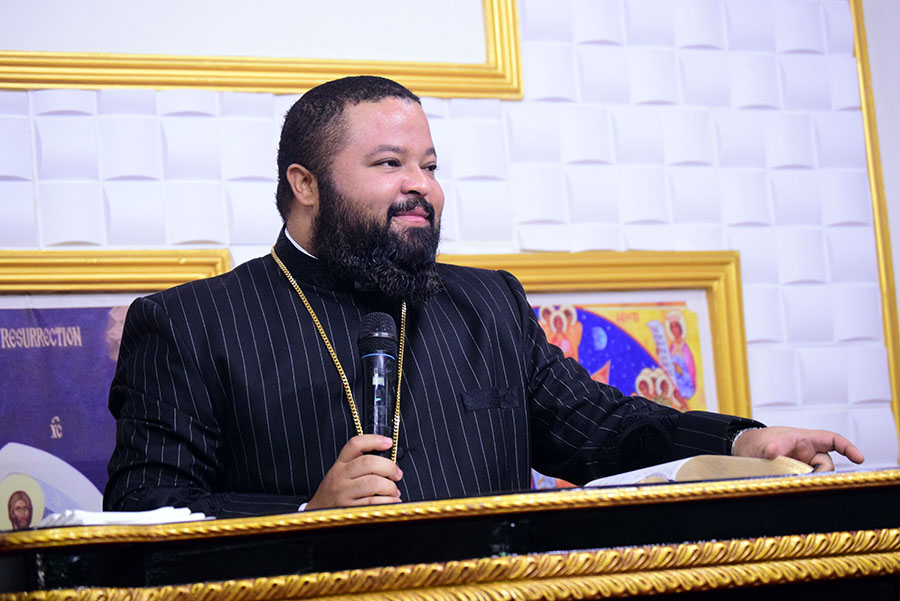 When God asks you a question, it is to stir your heart and impart faith. Sustenance refers to that which is essential to life.

The Lord Jesus Christ began His Messianic ministry by teaching, preaching and healing the sick. In the depth of His being, He knew He had come not only to heal man but to reintegrate him into God. God created us to live in union and participation with Him. The gospel of John records an event where Christ ministered to a multitude (John 6:1-14). They thronged Him to a remote area, secluded from food – five thousand men apart from women and children. His disciples became concerned that as the evening was about to set in, the people will have no provisions. The disciples wanted the people to be sent away to fend for themselves. What the Lord intends for us requires a radical mind change. Most often, the problems you perceive are the very problems you are called to solve. Jesus ceased this occasion to demonstrate His largesse; He requested for His disciples to feed the people.

“When Jesus then lifted up his eyes, and saw a great company come unto him, he saith unto Philip, Whence shall we buy bread, that these may eat? And this he said to prove him: for he himself knew what he would do. Philip answered him, Two hundred pennyworth of bread is not sufficient for them, that every one of them may take a little.” John 6:5-7

One of the Lord’s disciples, Philip, concluded that this request was beyond their budget. But Jesus was not seeking information. He wanted to open their eyes to see that the Messianic mission to which He has called them is not one that they will be able to sponsor with their budget. If you claim to have perceived the vision from God and it is within your capacity, then you did not hear God. God did not call you to be involved in something humanly possible. You have to awaken to His vocation. You are not called to till the ground for bread. Your reasonable calculation does not give God any new information. When God asks you a question, it is to stir your heart and impart faith.

The Lord knows that the journey He has set us on is long and requires strength and stamina. He will not allow us to faint on the way. He provides us with true sustenance. Sustenance refers to that which is essential to life. By this theme, we are talking about the subsistence, nutrition, nurture, safekeeping, and care of the Lord.

The Lord asked the question to His disciples to prove them because He knew what He intended to do. He wanted to see if they could discern it. The enormity of the mission, the gargantuan needs and the exorbitant cost should not distract you. The Lord already knows what He is going to do. However, He wants to see if someone can discern what He wants to do to participate with Him. He is going to do it, but with whom? He is looking for that man, that woman who can collaborate with Him, who can discern what He wants to do.

You will not act or walk like Christ Jesus until you think like Christ Jesus. We have lived in the world of men for so long that we perceive limits as the only reality. Miracles become your mode of being the moment you elevate your mind to agree with God.

Jesus healed the masses and fed them spiritually by teaching them. He had compassion for them and was touched with the feeling of their infirmity. They were leaderless as sheep without a shepherd. Their sickness, infirmity and state of need were because they were not taught. As hungry as they were, Jesus did not start by feeding them. He taught them and then, proceeded to heal them. The teaching and healing were next going to be sealed with physical feeding.

One of his disciples, Andrew, Simon Peter’s brother, saith unto him, There is a lad here, which hath five barley loaves, and two small fishes: but what are they among so many? – John 6:8-9

Another of the Lord’s disciples, Andrew, found a young boy with five loaves and two fish. These represented what could not fill a man’s stomach. However, Jesus was going to give them bread that was not just bread. It was super-substantial bread, which was going to seal, complete and sustain what they had received: the spiritual teaching and physical healing. The Lord set a Messianic banquet for the new people of God, to satisfy, fill to the full, and give them true nourishment that would not just fill them physically, but keep them preserved as whole. In our eating, we are called to partake in that which is other than us and it gets integrated into our nature. Eating represents the mystery of participation; we become what we eat. By nourishment, you are made a partaker of what is of God. The same way you eat daily, you need to be nourished by God. After the people sat down, Christ blessed the bread and the fish and distributed them to His apostles. The apostles took the Eucharistic super-substantial bread, the bread that is not just bread. There is the bread that will fill and satisfy you, that will make you whole and leave you without longing. That is the bread that Christ gives.  His bread sustains you on your journey, the strength to accomplish your destiny and finish your race strong. He equips you and gives you vitality. He strengthens feeble knees and weak hands, and gives you the ability to run so that you would be able to move with the Spirit of God. God has chosen to feed you through men whom He has sent, men that are blessed to transmit that which is blessed. Learn to know where you are appointed to be fed.

This article is an excerpt from Dr. Shawn Smith’s message titled “True Sustenance”. Order the complete message on gcmonlinestore.com.